I have seen mostly the North-Western part of Russia. This experience is connected with my work on the Viking river cruises in Russia. And now I can say I have my favourite place in Russia. I have such a place in my soul where I can take energy any time I need it and ask for it. This is “the Russian north”. If you are not from Russia, it is most probably not easy for you to understand what is “Russian north”. But once you come there (even for the first time in your life), this image will be imprinted in your soul. It is I think not only a geographical term. This is a metaphisical term. It signifies not just a land but some zone of sense. Or a possibility of sense. It is something like “a garden of paradise” in medieval mind or “unknown Kadat” in the novels by Lovecraft. It means that even though you are unable yet to discover its secret, “possess” its evergy and its sense, its existence already provides you with a сonfidence that this sense exists. I think for many people Tibet is a sort of such a place, such a zone which is both geographical and metaphisical. And this is not by chance that Russian artist Nykolay Rerih wrote that “cosmic” colors of his paintings were inspired by both Tibet and Russian north. I don’t know a better definition for the colors of the Russian north. They are really cosmic. No matter when you come there. Autumn, or summer, or even winter (winter experience in the Russian north… mm… overwhelming exotic! Minus 30 Celsius. Want to try??? ) And you feel there you are a part of Universe. No matter what is going on in your life at the moment. Have I really explained you what I feel there??? I’ve expressed just a little part. Not everything in our experience is expressable in the words. As Russian writer Nabokov wrote “I express just a little part of the sense which I feel but I can write it only because I know feel this sense”. For me Russian north is a mysterious place you can be happy any time. Any time of your life. Where… somehow collision of past, present and future is stopped.

This is not the only time I write about “my Russian north”. I will tell you more. This is just an introduction. 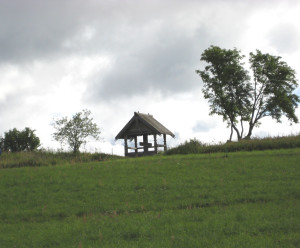 A common question which tourists like to ask me is how I spend the winter time, what I do in winter when there are no tourists. I think many people with the beginning of autumn have a strange feeling that they need to study something important which they have missed in their life. It can be such a strong feeling that people start to study something what they will never use in their practical life. This is why all private teachers start their season around autumn and autumn-winter is the most intense time for them to make money. People sometimes study English, or Italian, or Japanese, or painting, or even knitting, or dancing only because this strange autumn feeling of “study need” does not let them be satisfied. This is a good thing anyway, at least because this “autumn feeling” creates more opportunities for private teachers and this is how they get the money to buy the food. And sometimes not just the food but a trip to Maldives. But is there any other sense in this “autumn infection of dissatisfaction”?.. While one may contemplate over this hard question, thousands of courses get the new clients and more and more courses are being opened.

There is probably only one sort of people which is never caught by this autumn infection of creating new life senses. And this sort of peole is our officials of all levels. Maybe they get some injection which with 100 % effectiveness protects them from seeking for new senses and any sort of dissatisfaction. That is why so many institutions of higher education in Russia have been recently estimated by the government experts as “not effective” (useless in other words). Every year financing of this sphere is being cut. It means that there are less professors, less lecturers, less researchers. But a really strange fact is that in the conditions of “highly competitive environment” the best ones are expected to stay. But usually the reality is that it is visa versa – the worst stay. Why this happens – I have no answer at all. It is a trick. It is like in medicine. I know we have too many doctors (it is hard to find this job after the graduation). But at the same time we have very few good doctors. Trick, isn’t it?

So the fact is that while the government wants to make people “effective”, people still get an infection of “non-effectiveness” – seeking for senses. And this is usually transformed into commercial interest of other people who open language courses, knitting courses etc. They will convince you in their advertising that the previous model of education was a total shit, they provide of course a new model of education – happy, interactive, successful, total joy. Just pay them money. So these courses convince you that they are 100 % “effective”. According to the government course.

Yet every autumn does not care about the government course and puts a question of new senses. It is a big autumn challenge. Every year autumn reminds you that you should not only be but be self-fulfilled. 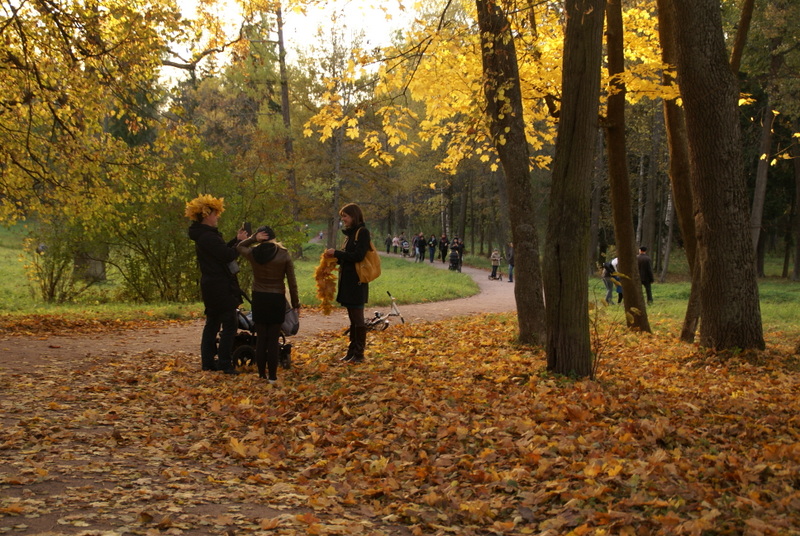 Garden around Catherine Palace at autumn 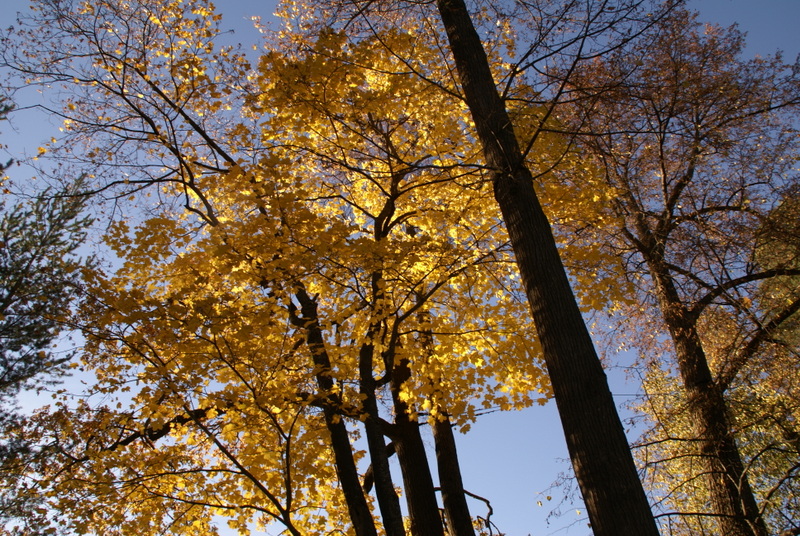 This is going to be my blog, not just as a guide but as a person. So the topics chosen for this blog will be whatever topics interesting for me. Everything what surprises me, inspires me, shocks or makes me think. Why am I starting this blog? Just because I want to share my thoughts and feelings. With you as well, my guests and clients, no matter in which part of the world you might live. So there is no specific topic for this blog to be set as the basic one. This is just the way to express myself. It is not very easy to express yourself not in your own language. In Russia we had the only writer, Vladimir Nabokov, for whom two languages, English and Russian were native and it did not matter for him in which language to write his novels. I am not like him of course. But I will try my best.

There is sometimes a strange question in application forms “Can you write anything special about yourself, about your personality?” Of course in application form nobody is expected to write the truth but if I was expected and motivated to say the truth what would I say? We have a writer in Russia Eugeny Grishkovets who wrote that he has a respect for a kind of “strange people” who are… just normal people, happy and active, and most probably successful but who have something in the depths of their life, some secret or problem, or question, or thought which does not let them be 100 % happy and 100 % “normal”. Maybe it is a dream which has not been realized yet, or some quiz which the life has given to them and which they haven’t done yet, or unhappy love which has not been forgotten or finished, or just a sort of some strange seekness in heart. Grishkovets then says that he himself is also a representative of this sort of “strange people”. As for me, I am also a sort of a “stranger”. The one who has been trained to live and behave as a “normal and happy” person but about whom is not 100 % true. And I am keen on people who are like mystery or like quiz. Maybe because this is so close to the way I live and feel. I don’t like exeplary families and exeplary happiness. Though we still have so much of this staff in Russia and so many people who feel clever enough to teach this exeplary happiness. Maybe this is a relict of the Soviet Union past. My husband who is a little bit older than me and who grew up in the “real reality” of the USSR of the 1970s once told me that teaching to “be happy” was so well built there and so effective that already being in a kindergarden all boys were willing to go through military service to become “real men” and all girls were willing to have a family and kids to become “real women”. So this is a model of “exeplary happiness” I so much hate. As I believe that happiness is not the thing you can possess and build (like a notebook or a car) but this is some feeling or some anticipation about the “new Universe”. Or how one my friend, psychologist, usually says “Universe where time will be full, not cut into past, present and future, Universe of the full information zone”.

This is why I still remember my trip to New York, it seemed there that there is no exeplary happiness here, or exeplary job, or exeplary belief, or exeplary religion. As there are so many different nationalities and different lifestyles, and different churches and religions around you. And the best thing is that noone is concerned about this variety and cacophony as if it was a laboratory of the creation of some new type of the humanity and all the previous history is (or soon going to be) just a “pre-history”, preparation for the real history which is only being born at the moment.